Sometimes a writer will take a beginning scene or incident and build from there. “ What happens now?' Or, a writer will move backwards, asking the question: “What happened before this?

4.  Who are Your Characters? In good short stories, characters are believable and behave in a way appropriate for their personalities. A writer should know their characters inside and out.       What is a character’s main motivation in the story? What is a character’s favorite color, favorite food? What does this character look like? For ideas on how to develop characters, consider the “character sketch' exercise at the end of this section. You won’t include every single detail about a character in the story itself, but the better you know your own characters, the more realistic the story will be.

5.  Length of the Story.  Novels can take place over years, over decades. A short story, however, should occur in much shorter period of time (minutes, hours, days.) A good short story will often occur in one setting with minimal characters (2-3 main/supporting characters.) If your story is more complex, it might be better suited toward a novella (a piece of fiction longer than a short story and smaller than the average-sized novel.)

6.  Who is telling the story?  Decide who you want your main character to be. There are three main points of view (POV) in which writers tell a story: The 1st  person POV, 2nd  person and 3rdperson. Second person is rarely used in the short story narrative, but it’s included here for reference. Here are some examples below of each one.

7.  Let the Writing Begin. Start from the beginning, from the middle, or even write the ending first. Write pieces or individual scenes/conversations. Write bits and pieces of setting. Thread them all together like a patchwork quilt, or start from the top and let it flow. Set aside a certain amount of time each day to write (for example: a page a day.)

8.  Editing and Revising. When you’ve finished with the first draft, it’s time to revise and make corrections. Start with basic mechanical issues like spelling and grammar. Look to see how well the story progresses. How well are your characters developed? Do you have a conflict in the story? Is it resolved by the end?

So here's your assignment.

All assignments need to be emailed to me by the deadline -  cahinrichs@alaska.edu 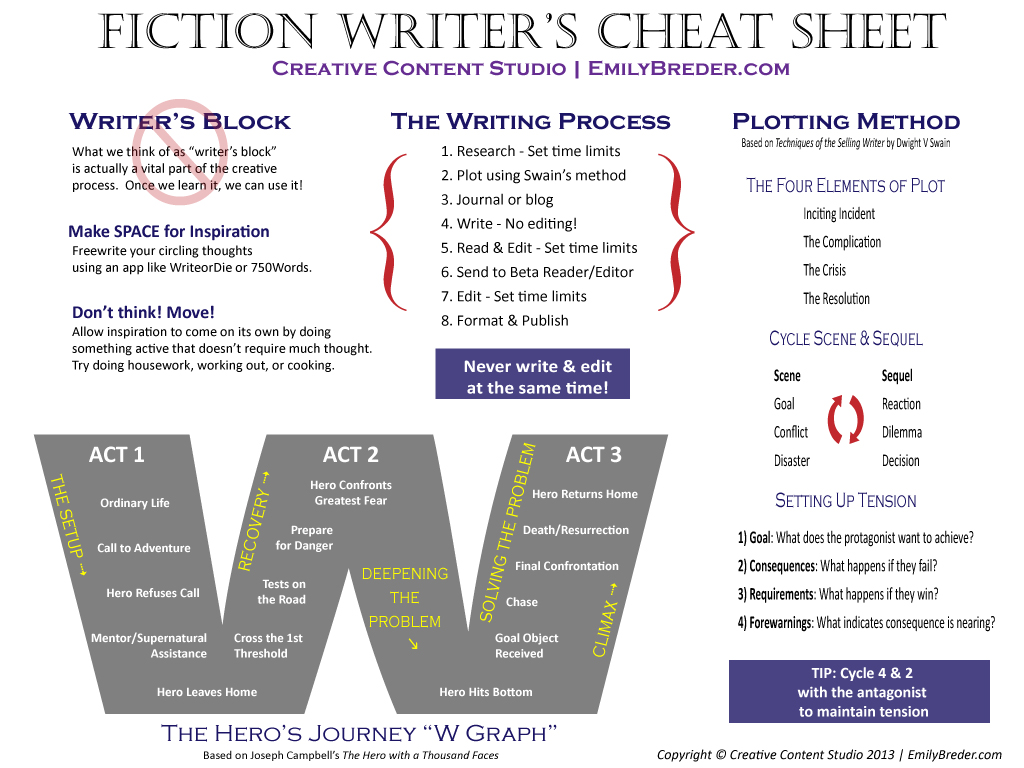