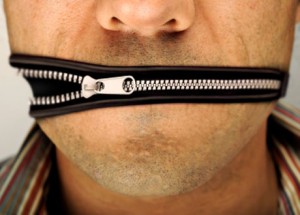 One of the more common criticism levied against understanding poetry is that most poems are simply too abstract to understand. This tends to mean that a piece is too personal, too subjective for a person get a coherent interpretation. Of course, building concrete images can also help organize the scene you are attempting to relate to the reader. For example, if you want to write a poem about two lovers building a concrete scene where these two lovers inhabit is key to understanding not only the two people but even the emotions of that moment.

For this exercise, take an abstract phrase/word and try to attach as many concrete images to it as humanly possible. Think about how images seem to meld into one another. This is something you have to allow yourself to do. Find words that relate (in some sense) to each other. Even if it doesn't make any sense. Here are some examples

Order — Government building, suit, near stack of papers, a bird’s nest, an egg, a fresh pigeon’s wing, a beak, the song of a finch.

Rage — Furrowed face, a father, a sister, broken glass, dent in door, the chipped paint of a wall, the rusty fire escape, the hollowed out building, an empty street.

Peace — A forest, light rain, an empty bed, an unmade bed, a bed with someone in it, someone standing in a doorway.

Most of these images tended to link with one another as they go along. You could also use this as a means to develop a scene as a whole. For example, take the last word “Grace." Looking closely, a scene could definitely be made. A woman in a flowing dress receives a letter from someone important. She must see this person, for some reason. The letter has complied them to rush out the door and take whatever transportation they can to reach the person. They just catch the train before the door close and the train departs. Of course, this would only be a framework to further develop. What type of letter was it? Why did she rush out? Is this event joyous or tragic? Well, that would be up to you to develop.

Come up with five abstract words to make more concrete. It could help you develop a subject to write about or help you think of the images you want to describe in a poem you are already working on. Either way, images are very important in a poems development. Many may disagree with that sentiment, but images are the way we come to experience the world. The images developed through all are senses are so important. Abstractions (such as the abstractions of concepts) can only take a reader so far. However, there is always an exception to the rule. Metaphor is where the concrete and the abstract marry one another.