By now, you should all be hard at work on your first nonfiction assignment! And as you'll have read in  Bird by Bird,  telling YOUR truth  is one of the most critical aspects (Lamott would say MOST critical). In the comments below, write an OKCupid profile for yourself - or the central focus of your nonfiction piece  (could by your grandfather, sister, best friend, an anonymous crush...  Be as creative as you like (doesn't have to be aimed at dating).  Be sure to also make a comment on a classmate's response for full credit. 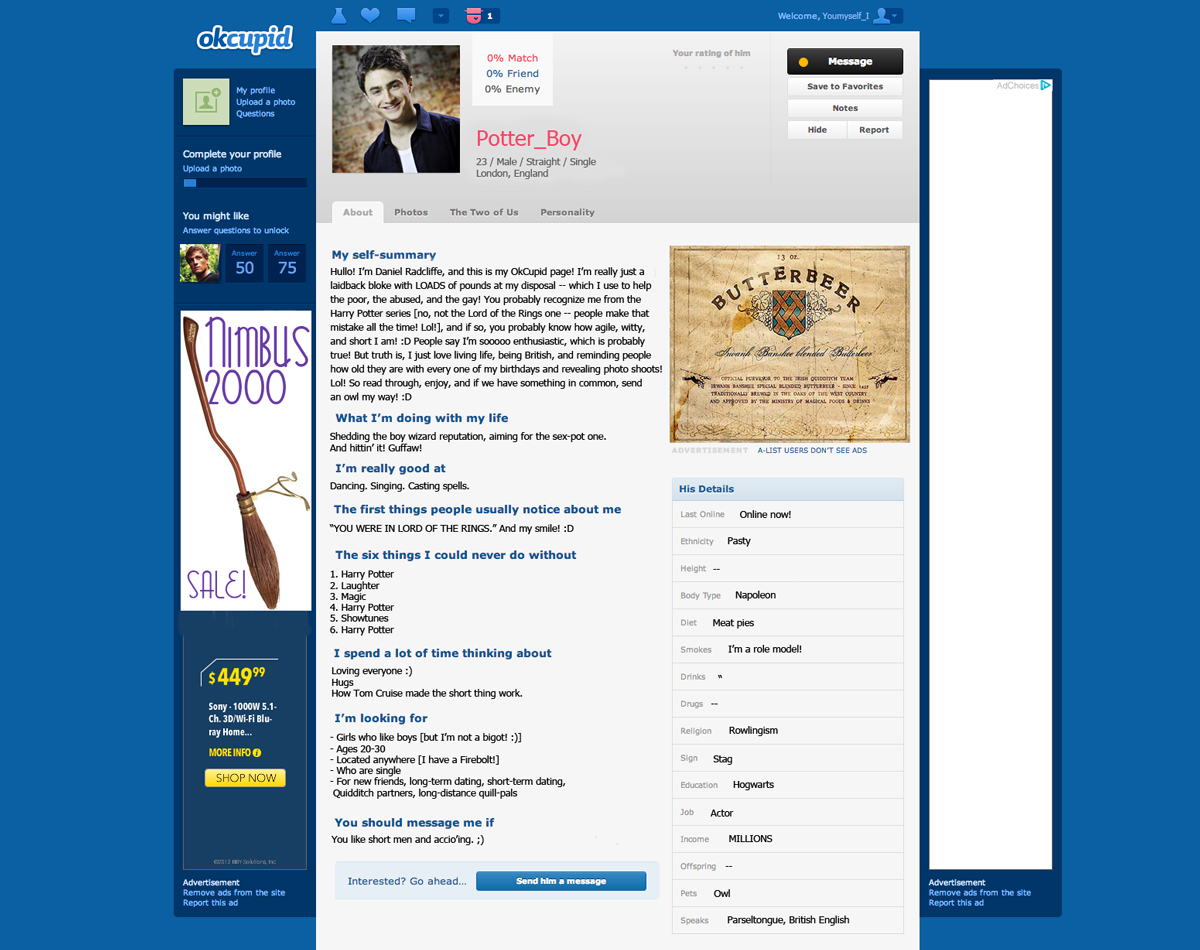