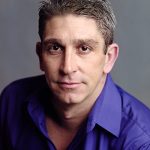 Although TÃ­a Miriam boasted she discovered

at least half a dozen uses for peanut butter–

topping for guava shells in syrup,

MamÃ¡  never knew what to make

of the monthly five-pound jars

handed out by the immigration department

until my friend, Jeff, mentioned jelly.

There was always pork though,

for every birthday and wedding,

whole ones on Christmas and New Year’s Eve,

as well as cauldrons of black beans,

These items required a special visit

to Antonio’s Mercado on the corner of Eighth Street

where men in  guayaberas  stood in senate

the bile of Cuban coffee and cigar residue

filling the creases of their wrinkled lips;

clinging to one another’s lies of lost wealth,

ashamed and empty as hollow trees.

By seven I had grown suspicious–we were still here.

had grown wistful and less frequent.

I spoke English; my parents didn’t.

We didn’t live in a two-story house

with a maid or a wood-panel station wagon

nor vacation camping in Colorado.

None of the girls had hair of gold;

none of my brothers or cousins

were named Greg, Peter, or Marcia;

we were not the Brady Bunch.

None of the black and white characters

on Donna Reed or on the Dick Van Dyke Show

were named Guadalupe, LÃ¡zaro, or Mercedes.

they didn’t have pork on Thanksgiving,

they ate turkey with cranberry sauce;

they didn’t have  yuca, they had yams

like the dittos of Pilgrims I colored in class.

A week before Thanksgiving

I explained to my  abuelita

about the Indians and the Mayflower,

how Lincoln set the slaves free;

I explained to my parents about

the cherry tree, the tea party,

the amber waves of grain,

the “masses yearning to be free,'

liberty and justice for all, until

this Thanksgiving we would have turkey,

as well as pork.

as if committing an act of treason,

faking her enthusiasm for my sake.

MamÃ¡  set a frozen pumpkin pie in the oven

I translated from the marshmallow bag.

The table was arrayed with gladiolas,

the plattered turkey loomed at the center

on plastic silver from Woolworth’s.

Everyone sat in green velvet chairs

we had upholstered with clear vinyl,

except TÃ­o Carlos and Toti, seated

in the folding chairs from the Salvation Army.

I uttered a bilingual blessing

and the turkey was passed around

to drown the lean slices with pork fat drippings

and cranberry jelly–“esa mierda roja,'  he called it.

pumpkin was a home remedy for ulcers, not a dessert.

then  Abuelo  and Pepe cleared the living room furniture,

put on a Celia Cruz LP and the entire family

began to  merengue  over the linoleum of our apartment,

sweating rum and coffee until they remembered–

After repositioning the furniture,

an appropriate darkness filled the room.

TÃ­o Berto was the last to leave. 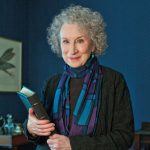 what offends us is

the houses in pedantic rows, the planted

to the dent in our car door.
No shouting here, or

shatter of glass; nothing more abrupt

than the rational whine of a power mower

cutting a straight swath in the discouraged grass.
But though the driveways neatly

by being even, the roofs all display

the same slant of avoidance to the hot sky,

the smell of spilled oil a faint

sickness lingering in the garages,

a splash of paint on brick surprising as a bruise,

a plastic hose poised in a vicious

coil; even the too-fixed stare of the wide windows

the landscape behind or under

the future cracks in the plaster

when the houses, capsized, will slide

obliquely into the clay seas, gradual as glaciers

that right now nobody notices.
That is where the City Planners

with the insane faces of political conspirators

are scattered over unsurveyed

territories, concealed from each other,

each in his own private blizzard;

on a wall in the white vanishing air

tracing the panic of suburb

order in a bland madness of snows