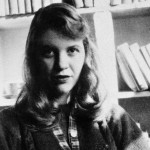 You do not do, you do not do
Any more, black shoe
In which I have lived like a foot
For thirty years, poor and white,
Barely daring to breathe or Achoo.

Daddy, I have had to kill you.
You died before I had time––
Marble-heavy, a bag full of God,
Ghastly statue with one gray toe
Big as a Frisco seal

And a head in the freakish Atlantic
Where it pours bean green over blue
In the waters off beautiful Nauset.
I used to pray to recover you.
Ach, du.

In the German tongue, in the Polish town
Scraped flat by the roller
Of wars, wars, wars.
But the name of the town is common.
My Polack friend

Says there are a dozen or two.
So I never could tell where you
Put your foot, your root,
I never could talk to you.
The tongue stuck in my jaw.

It stuck in a barb wire snare.
Ich, ich, ich, ich,
I could hardly speak.
I thought every German was you.
And the language obscene

An engine, an engine
Chuffing me off like a Jew.
A Jew to Dachau, Auschwitz, Belsen.
I began to talk like a Jew.
I think I may well be a Jew.

The snows of the Tyrol, the clear beer of Vienna
Are not very pure or true.
With my gipsy ancestress and my weird luck
And my Taroc pack and my Taroc pack
I may be a bit of a Jew.

I have always been scared of  you,
With your Luftwaffe, your gobbledygoo.
And your neat mustache
And your Aryan eye, bright blue.
Panzer-man, panzer-man, O You––

Not God but a swastika
So black no sky could squeak through.
Every woman adores a Fascist,
The boot in the face, the brute
Brute heart of a brute like you.

You stand at the blackboard, daddy,
In the picture I have of you,
A cleft in your chin instead of your foot
But no less a devil for that, no not
Any less the black man who

Bit my pretty red heart in two.
I was ten when they buried you.
At twenty I tried to die
And get back, back, back to you.
I thought even the bones would do.

But they pulled me out of the sack,
And they stuck me together with glue.
And then I knew what to do.
I made a model of you,
A man in black with a Meinkampf look

And a love of the rack and the screw.
And I said I do, I do.
So daddy, I’m finally through.
The black telephone’s off at the root,
The voices just can’t worm through.

If I’ve killed one man, I’ve killed two––
The vampire who said he was you
And drank my blood for a year,
Seven years, if you want to know.
Daddy, you can lie back now.

There’s a stake in your fat black heart
And the villagers never liked you.
They are dancing and stamping on you.
They always  knew  it was you.
Daddy, daddy, you bastard, I’m through.

"The Year We Blew Up the Whale - Florence, OR" - by Nick Lantz 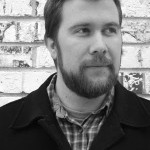 In that same year, after Lefty Watson missed
his third straight placekick against Salem High,

we rushed the field. Lefty’s father, in a black
and orange track suit, shimmied up the goal posts

and, beating the air with his fists, incited
what the  Umpqua Register  would later call

a riot. But the Salem team walked off the field
unharmed, if a bit confused, as we stayed behind

to rip out every inch of turf. In that same year,
when the single-vessel fleet of the Devil Ray

Fishing Company returned with an empty hold,
the owner took a five-pound sledge to the keel

and let the ship sink. In that same year, when
Pamela Reese learned she would never have

children, she stopped throwing anything away,
and slowly her house filled up with garbage,

through the windows onto the reeking lawn.
In that same year, when Ambrose Hecklin’s only

son was run over by a pickup truck, Ambrose drove
all the way to Lincoln City, walked up to the first

car salesman he could find, and shot him
in the face. In that same year, when Nell Barrett,

last speaker of the Siuslaw language, died alone
in her two-room bungalow, her estranged son

showed up at the county clinic the next morning
with a mouth full of blood, and though outsiders

would later claim he’d accidentally bitten off
his own tongue in a drunken fit, we knew

the truth before the doctor found the filet knife
in his coat pocket. So when the dead whale

washed up on our beach, of course we tried
to blow it up. The newscasters, who’d come

from as far as Portland when they heard our plan,
were shocked when the blast only carved out

a U-shaped hole in the animal’s stomach.
The out-of-towners, who had come to gawk

and jeer, ran for cover as basketball-sized chunks
of whale rained on the parking lot a hundred yards

away. But we were not in the least bit shaken.
If we have learned anything from this, said

our city engineers, standing on the beach in their
gory parkas, it is that we need more dynamite.