The great thing
is not having
a mind. Feelings:
oh, I have those; they
govern me. I have
a lord in heaven
called the sun, and open
for him, showing him
the fire of my own heart, fire
like his presence.
What could such glory be
if not a heart? Oh my brothers and sisters,
were you like me once, long ago,
before you were human? Did you
permit yourselves
to open once, who would never
open again? Because in truth
I am speaking now
the way you do. I speak
because I am shattered.

"You Who Never Arrived"  -by  Rainer Maria Rilke

You who never arrived
in my arms, Beloved, who were lost
from the start,
I don't even know what songs
would please you. I have given up trying
to recognize you in the surging wave of
the next moment. All the immense
images in me -- the far-off, deeply-felt
landscape, cities, towers, and bridges, and
unsuspected turns in the path,
and those powerful lands that were once
pulsing with the life of the gods--
all rise within me to mean
you, who forever elude me.

You, Beloved, who are all
the gardens I have ever gazed at,
longing. An open window
in a country house-- , and you almost
stepped out, pensive, to meet me.
Streets that I chanced upon,--
you had just walked down them and vanished.
And sometimes, in a shop, the mirrors
were still dizzy with your presence and,
startled, gave back my too-sudden image.
Who knows? Perhaps the same
bird echoed through both of us
yesterday, separate, in the evening...

"A House is Not a Home" -  by Terrance Hayes 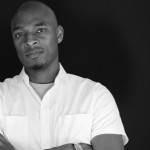 The night I embraced Ron's wife a bit too long
because he'd refused to kiss me goodbye,
I realized the essential nature of sound.
When she slapped me across one ear,
and he punched me in the other, I recalled,
almost instantly, the purr of liquor sliding
along the neck of the bottle hours earlier
as the three of us took turns imitating the croon
of the recently deceased, Luther Vandross.
I decided then, even as my ears fattened,
to seek employment at the African-American
Acoustic and Audiological Accident Insurance Institute,
where probably there is a whole file devoted
to Luther Vandross. And probably it contains
the phone call he made once to ask a niece
the whereabouts of his very first piano.
I already know there is a difference
between hearing and listening,
but to get the job, I bet I will have to learn
how to transcribe church fires or how to categorize
the dozen or so variations of gasping, one of which
likely, includes Ron and me in the eighth grade
the time a neighbor flashed her breasts at us.
That night at Ron's house I believed he, his wife,
and Luther loved me more than anything
I could grasp. "I can't believe you won't kiss me,
you're the gayest man I know!" I told him
just before shackling my arms around his wife.
"My job is all about context," I will tell friends
when they ask. "I love it, though most days
all I do is root through noise like a termite
with a number on his back." What will I steal?
Rain falling on a picket sign, breathy epithets–
you think I'm bullshitting. When you have no music,
everything becomes a form of music. I bet
somewhere in Mississippi there is a skull
that only a sharecropper's daughter can make sing.
I'll steal that sound. More than anything,
I want to work at the African-American
Acoustic and Audiological Accident Insurance Institute
so that I can record the rumors and raucous rhythms
of my people, our jangled history, the slander
in our sugar, the ardor in our anger, a subcategory
of which probably includes the sound particular to one
returning to his feet after a friend has knocked him down.